The work of Sári Ember often questions the nature of representation. By intertwining a focus on everyday objects with the evocation of classical genres such as still-life and landscape, one of the distinctive traits of her photography crystallizes in the aestheticization of the banal, the transcendental and solemn tone she confers to the usual. Her practice usually embraces a variety of media and her recent projects have included video, collage, painting, and sculpture. Ember has always been inspired by her birthplace, São Paolo, and especially its landscape. The Brazilian city with its gardens, colors, tranquillity, and women, stands out as a recreated paradise, a symbol of fertility and conception, both in its physical and sacred, metaphysical sense. In her series entitled Mormaço – haze or sultry weather in Brazilian – this duality of the profane and the spiritual is outlined both in the topics of still-lives and portraits of young women with fruits that symbolize fertility and femininity, and in the locations chosen by the photographer: semi-public and semi-private gardens that seems to prolong in the sky. Sári Ember graduated MoME in 2009, where she majored in Photography and Visual Communications. Her work has been exhibited in São Paulo, Paris, Łódź, Brno, and Budapest and she received the prestigious Campari Award for young artists in Torino in 2017. 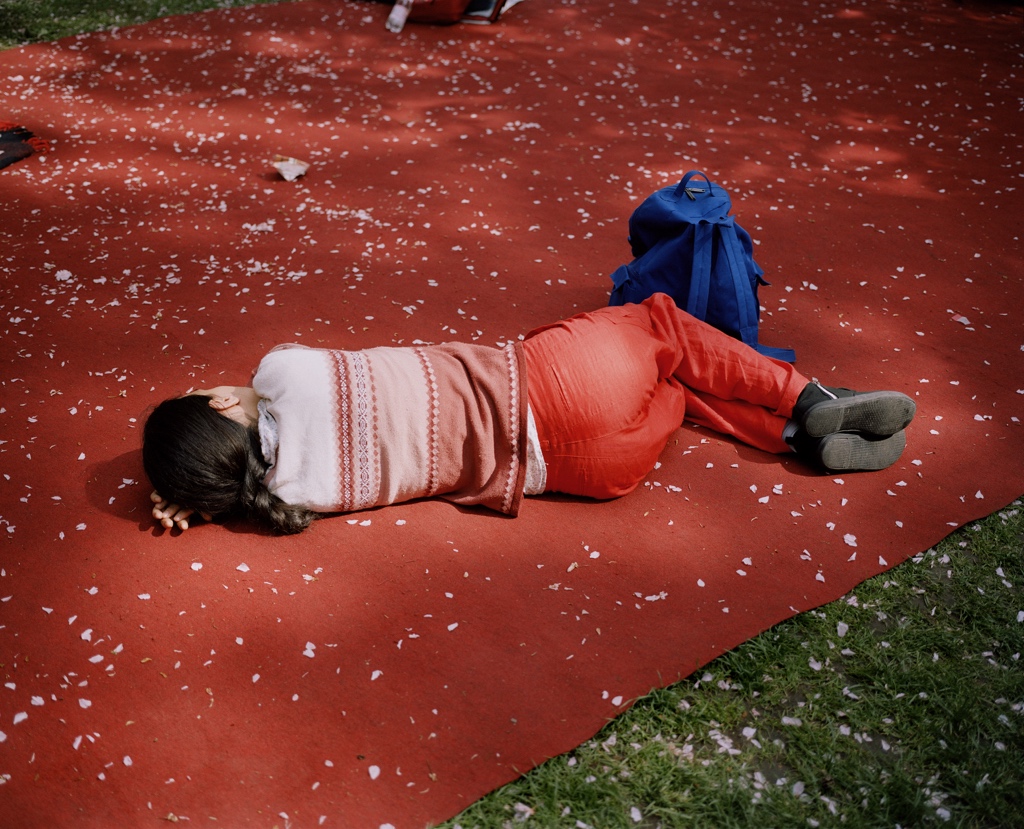 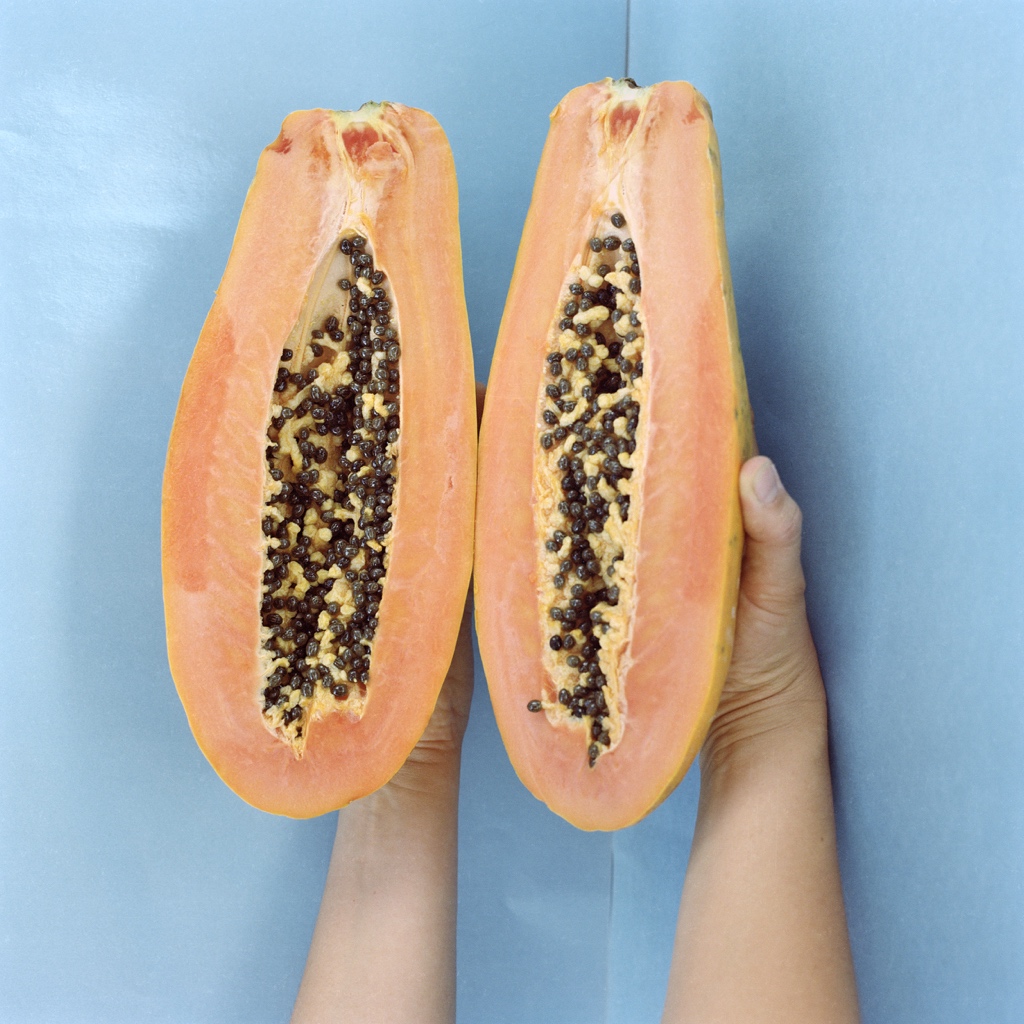 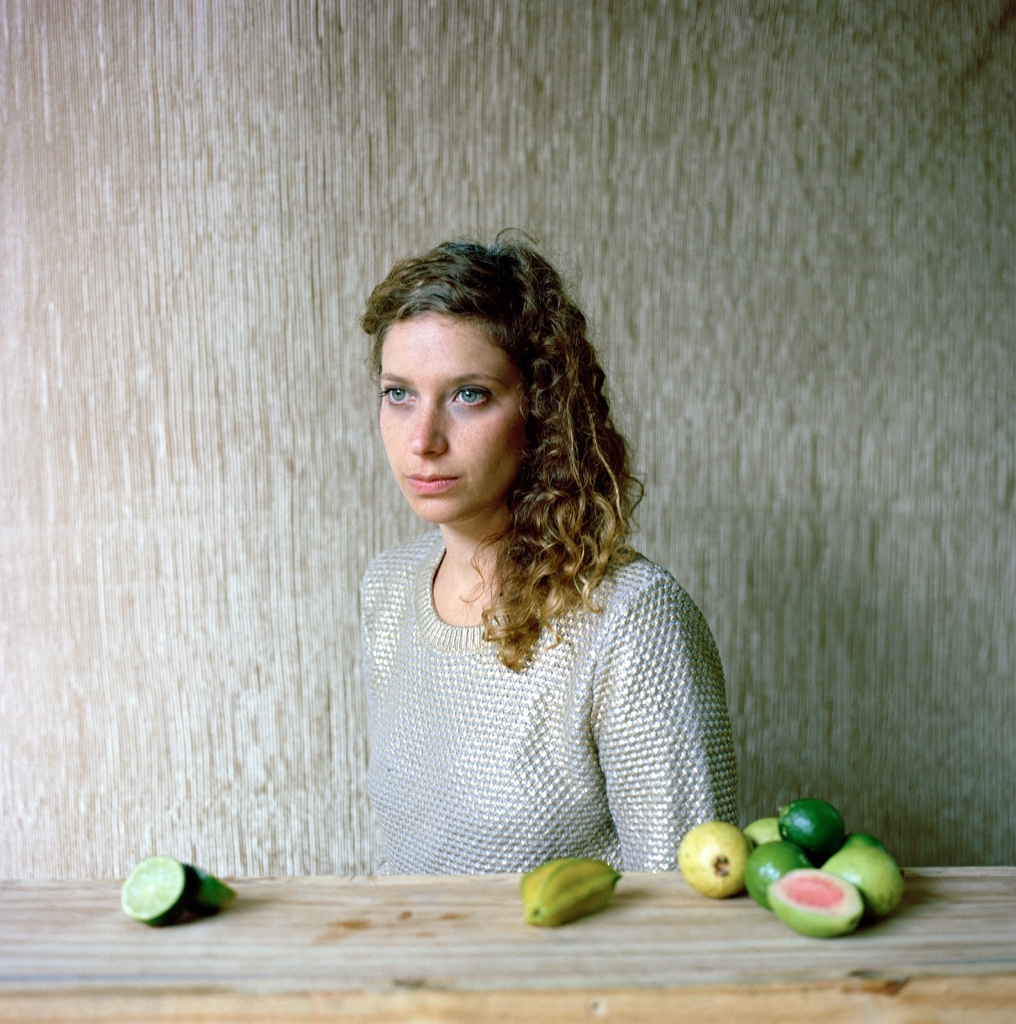 Renata With Gold, from the series Mormaço, 2013 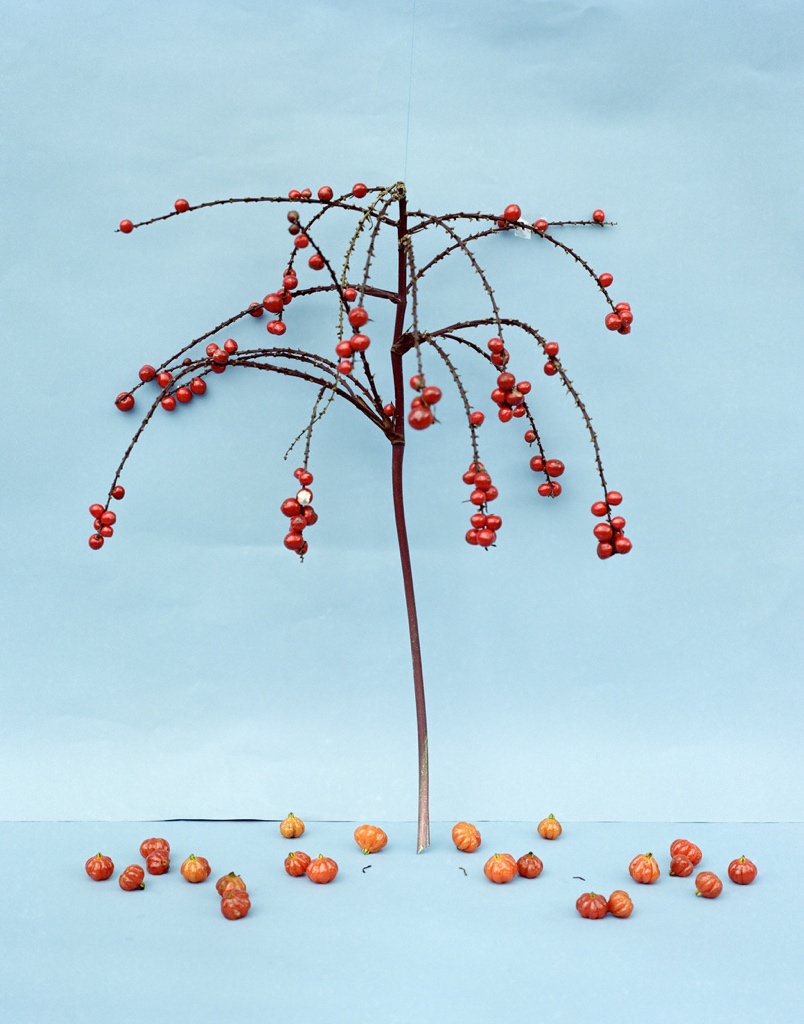