The streets and public spaces of Budapest have always been a central topic in Miklós Gulyás’ photographic practice. “Photographing the street is a method and a style of living” he declares. “To capture is to drop and to neutralize at the same time, it helps to process the phenomena of the outer world”. His diploma work, defended in 2004 at MOME, reflected this subjective documentary approach by portraying the post-socialist spirit and atmosphere as an unsettling mixture of communist past, capitalist present, and relics of ancient Hungarian culture. Miklós Gulyás graduated in Photography from MOME, where he has held the position of associate professor since 2006. For his series, Promenade, realized between 2009 and 2012 on the streets of the Hungarian capital, Gulyás worked in the most traditional way possible: he strolled the streets and shot what caught his eye. His attention was not drawn to particular events of social life, but on the contrary to everyday, banal scenes that tell us about the life of the unknown persons we live with, or next to. The photographer catches seemingly accidental moments, when completely unmatching elements collide with each other – a sex doll surrounded by a group of chatting teenagers in a public park, a man carrying a colorful model plane larger than himself through a narrow door, or an old lady resting her heavy bag on top of a litter bin. Gulyás’ sensitivity to the unexpected visual tension generated by opposites guides the viewer through the complex present of the Hungarian people. 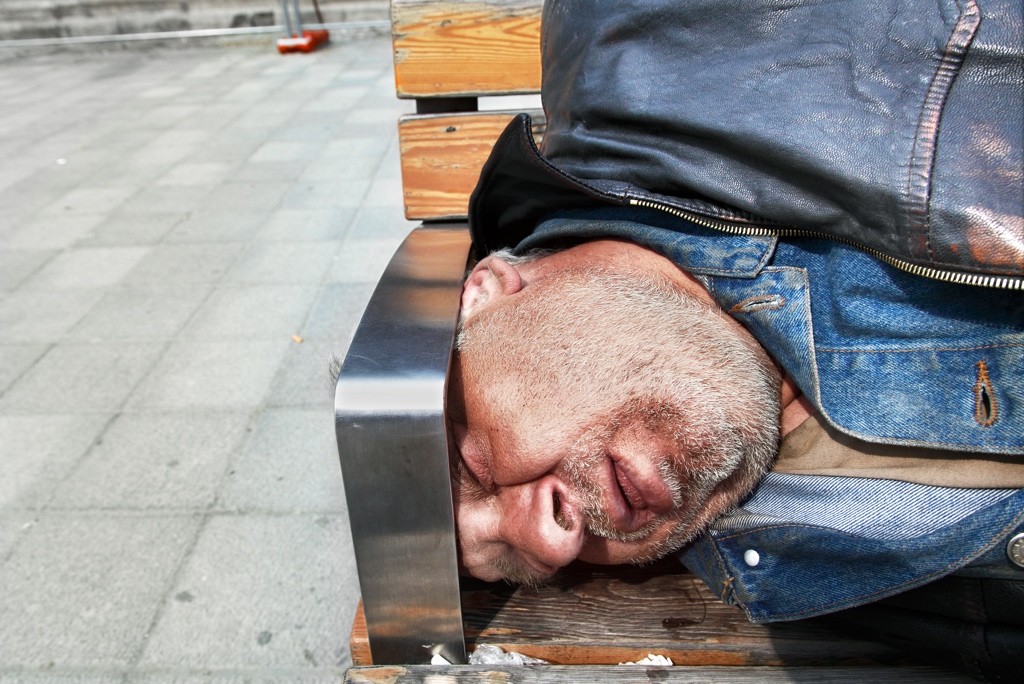 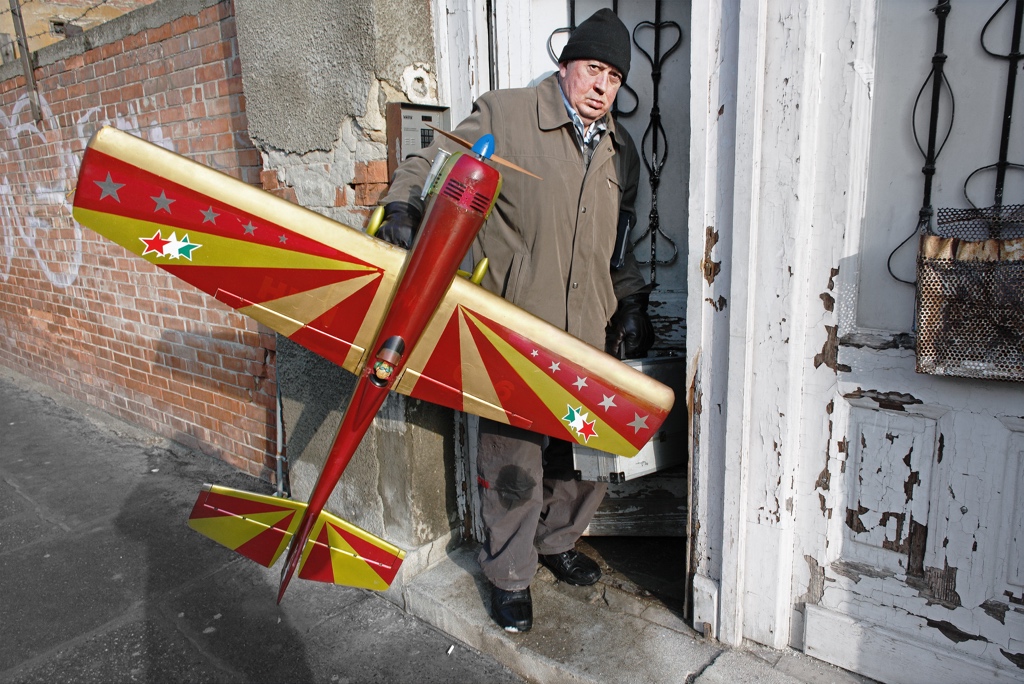 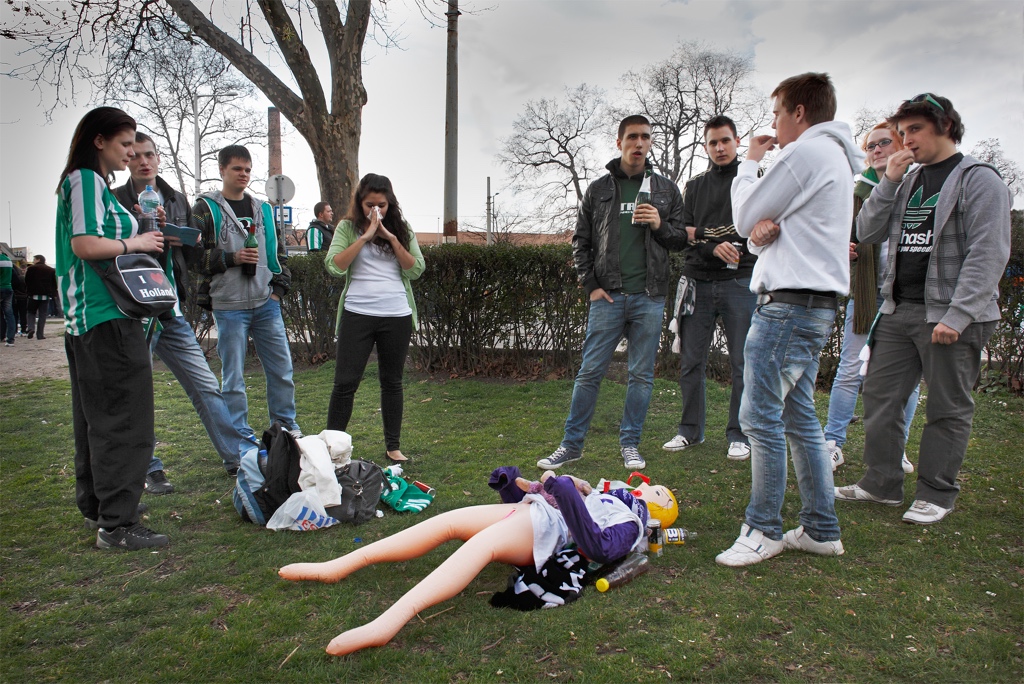 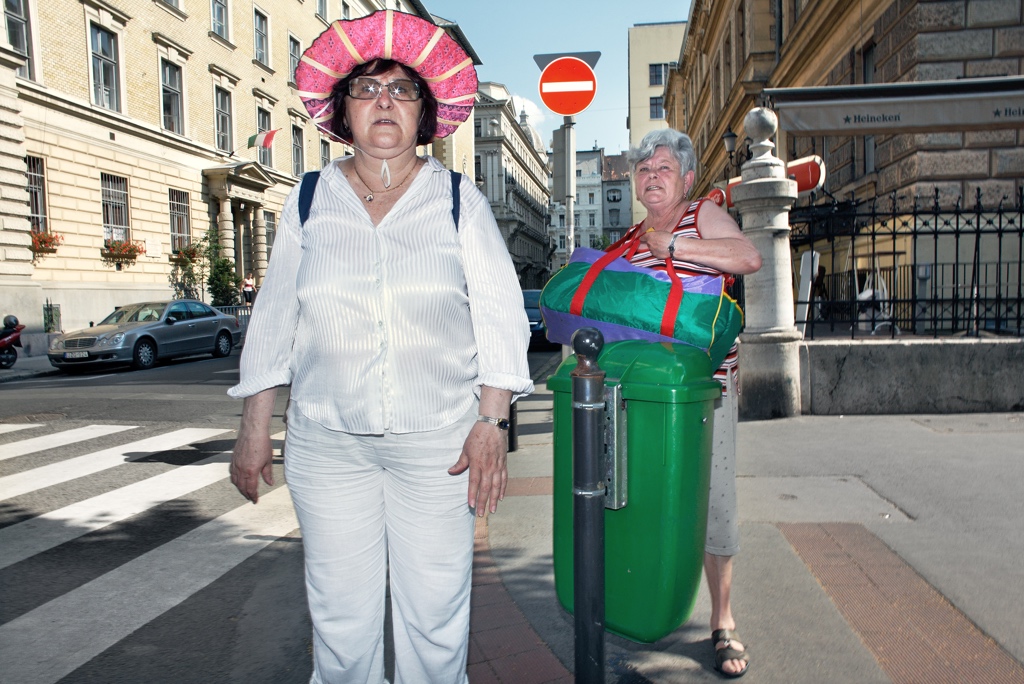