Everything is Still Life – states the title of Julianna Nyíri’s diploma project, defended in 2014 at MoME. This series is the result of a two-year long process of collection, during which the photographer entrusted objects with her feelings and the emotional state and transitory situation in which she was at the time. As a metaphor of her own psychological condition, it is in an apartment waiting to be renovated that Nyíri found both the location and the raw material for her emotional diary. This diary of feelings crystallizes in a series showing leftovers building materials, dusty items out of use, or derelict inner spaces as if they were strange creatures with a life of their own. Mostly avoiding any narrative potential or context, these representations - we could even say portraits - are dramatic atmospheres in which banal, everyday items and objects surface from a dark background and emerge as silent monuments of the photographer’s life moments. A wire fence creeping out of the shadow, a tap evoking the remaining horned skull of an ancient animal, a round lampshade resembling a mysterious egg or an extinguished star, a switch box protruding from the wall as a venomous blooming plant: these objects rise vested with the mission to materialize as modern totems, to channel to the outer world Nyíri’s impalpable moods, feelings, and inner universe. 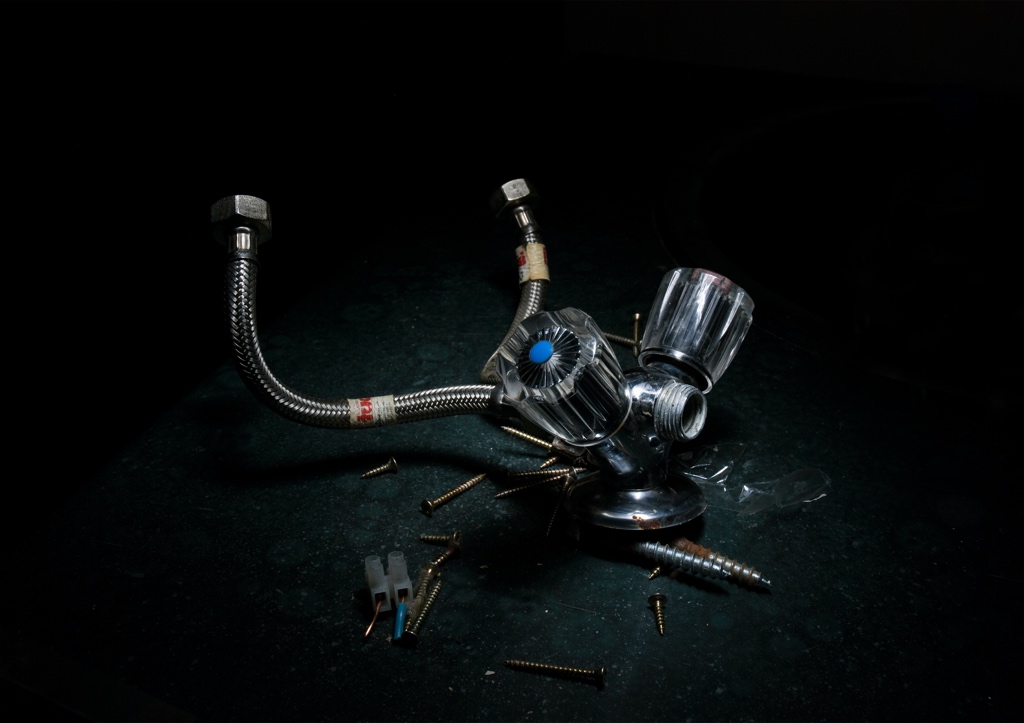 I., from the series Everything Is Still Life, 2014 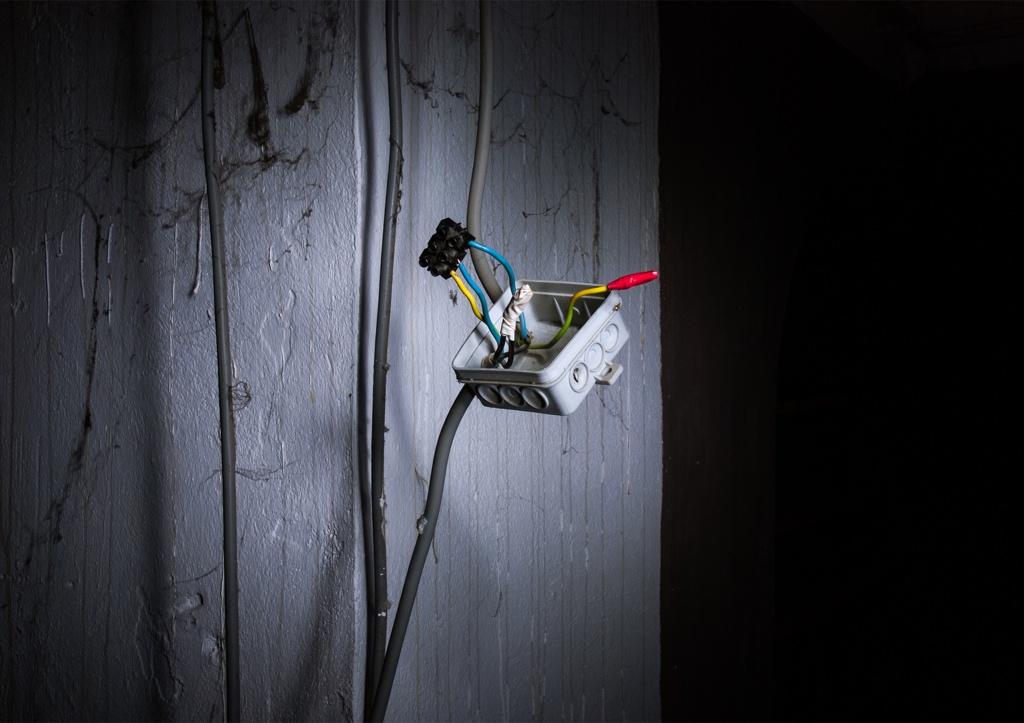 II., from the series Everything Is Still Life, 2014 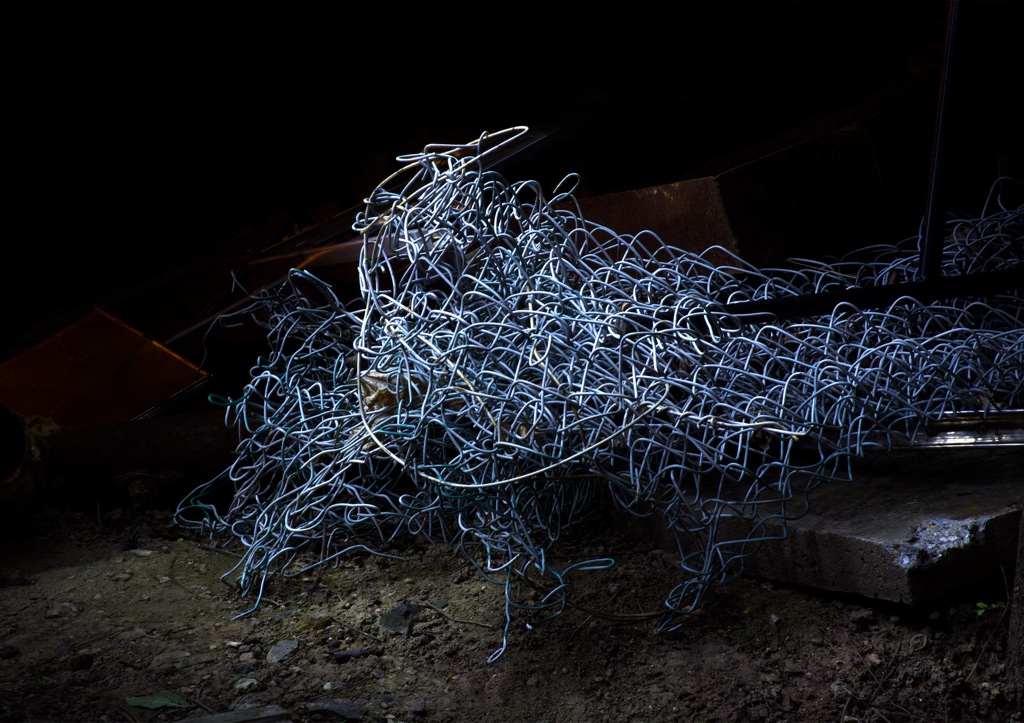 III., from the series Everything Is Still Life, 2014

IV., from the series Everything Is Still Life, 2014