Ildi Hermann brings the ties between the model and photographer closer than ever in her series exposing moments of her life with her daughter. The visual diary highlights episodes of their days spent together, showing the child in her home with her favorite toys and dresses. Although the documentation of these intimate situations may seem random, the images are precisely composed and show the bold personality of the daughter, not yet conditioned by the education system and social conventions. By showing how children and adults perceive the world from different perspectives and confronting the playfulness of childhood with the harsh reality of being a grown-up, Hermann’s series seems to pay tribute to that wild child in all of us. Fairytales and responsibilities encounter and collide in the realm of mundane settings. Summer vacations, birthday parties, a walk in the zoo, bathing after a long day, or the changes of the season are equally significant events in this personal, but timeless journal. Following an early career in art photography Ildi Hermann went on to study at the Photography MA program of the Moholy-Nagy University of Art and Design Budapest and currently works as a freelance photographer. In the past decade, her photos have been exhibited in Vienna, Moscow and New York. In 2012 she was awarded the Lucien Hervé Prize for emerging photographers. 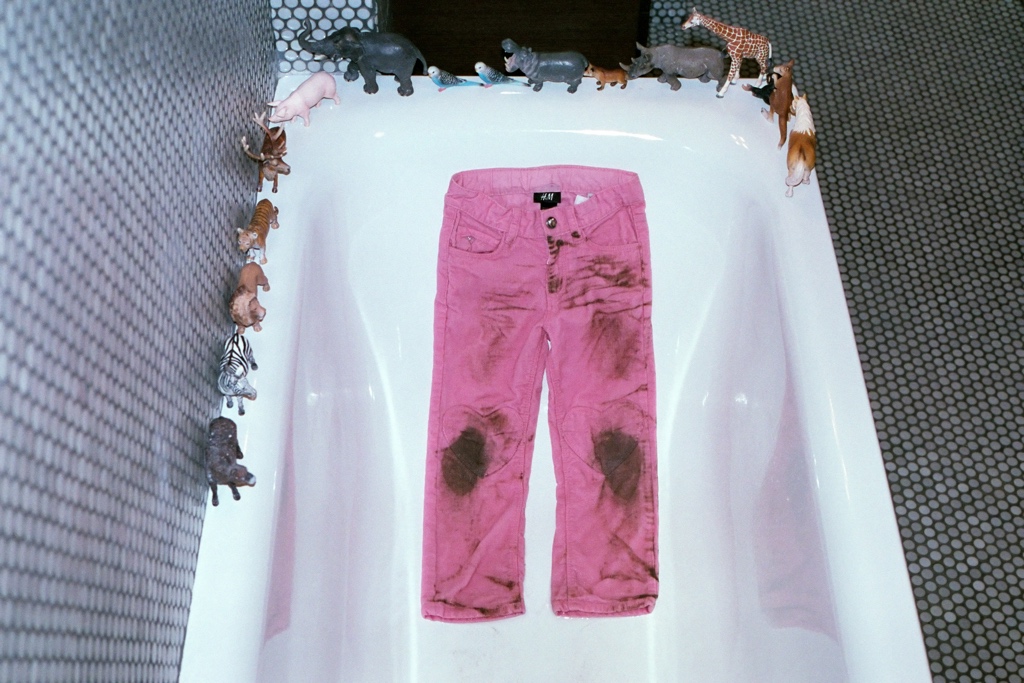 Dirty Trousers in the Tube, from the series Daughters, 2012 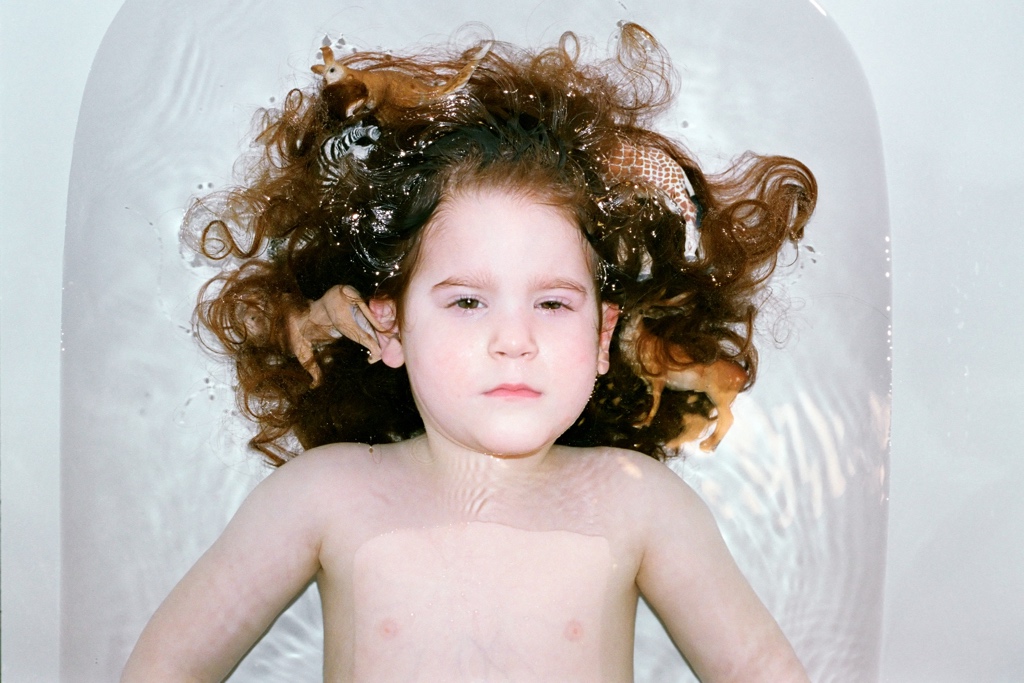 Rozi in the Tube, from the series Daughters, 2012 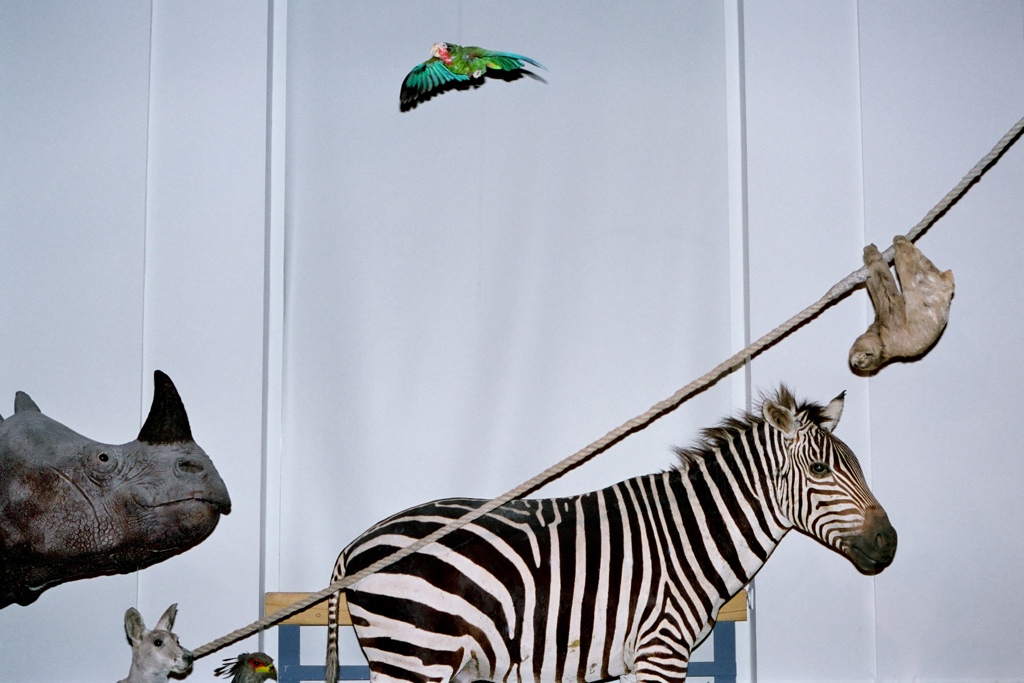 Safari, from the series Daughters, 2012 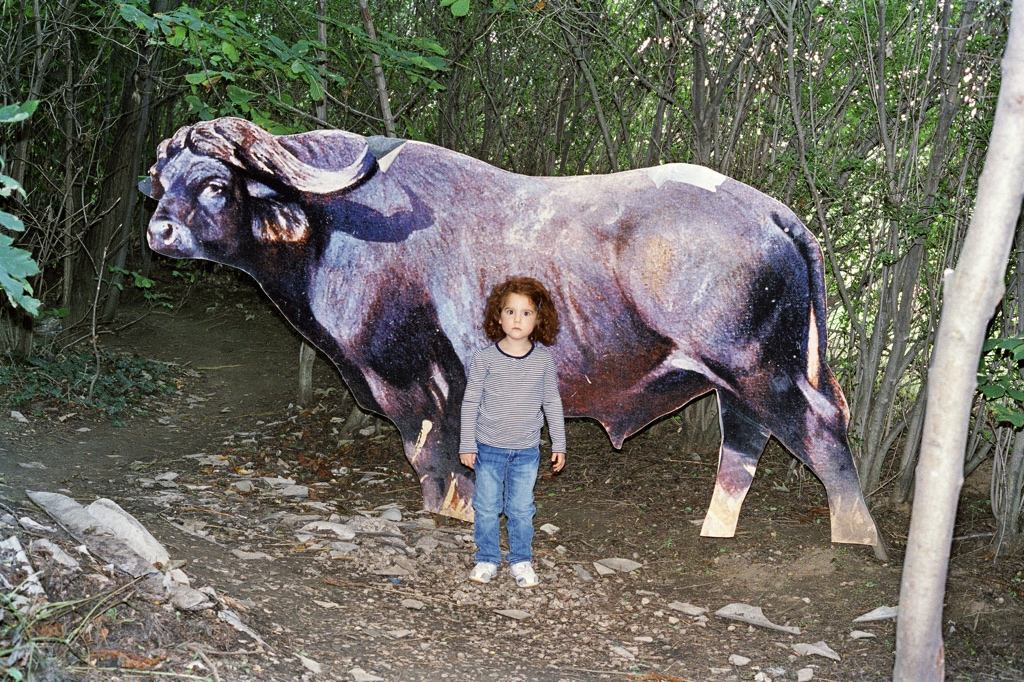 Zebra and Other Animals, from the series Daughters, 2012