Human relationships, the space-time-people triangle, and the uniformity of non-places - spaces such as shopping malls, hotels, or airports - have been central subjects in Attila Kozó’s practice. The young photographer, who graduated from MOME in 2017, first explored non-verbal communication and, more specifically, physical approach and gestures, what they mean, and how they became an instinctive communication norm. In 2015, Attila Kozó shifted his attention towards motorway rest areas and the people who turned up there, combining his emerging interest for non-places with his previous study of people. For his diploma work, Attila Kozó realized a series dedicated to shopping malls entitled Plaza. In this, he dives into the architectural and social phenomenon of the illusion created by malls. These modern temples of consumerism appear to be simulations of cities, of social spaces, and of an ideal reality in the way their greyish, white, or transparent sterility is softened and attenuated by colorful and shining recreational elements meant for joyful entertainment. Images of a permanent present or a possible future, Kozó’s seemingly unstaged photos show places of social solitude where people, albeit physically together, do not interact in a meaningful way. This observation unveils the illusion maintained by such places and reveals, as a symptom of our times, how they fail in their aim to be places with a sense of community and togetherness. 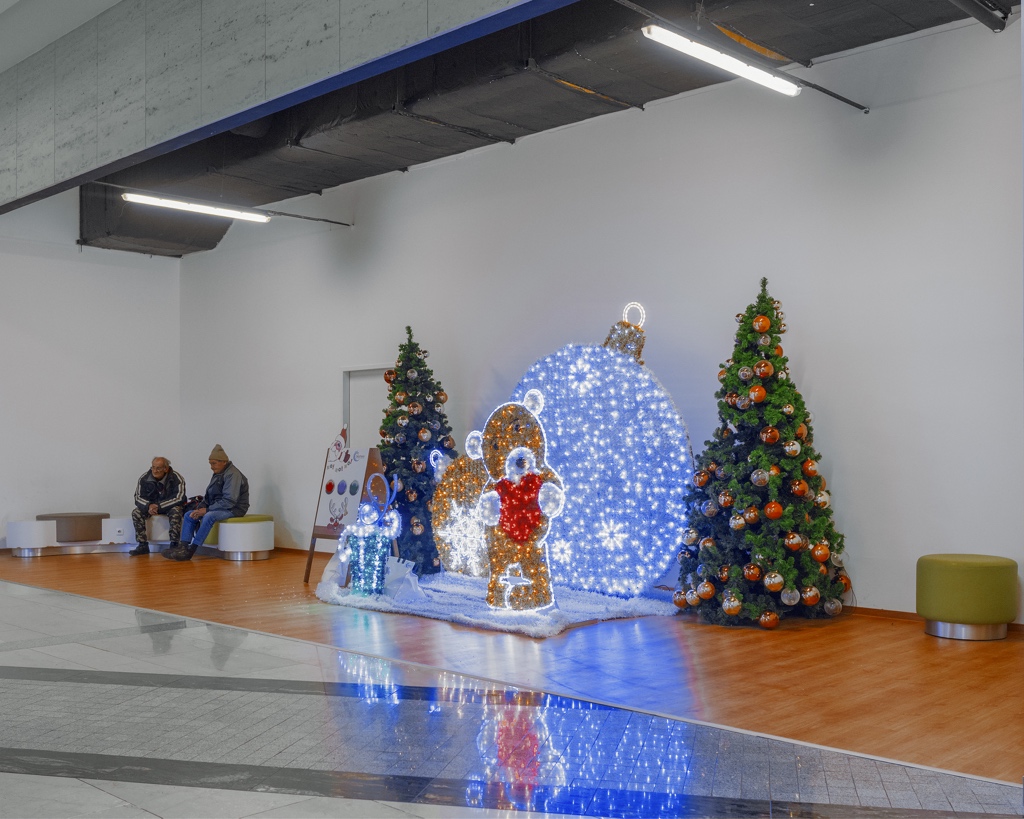 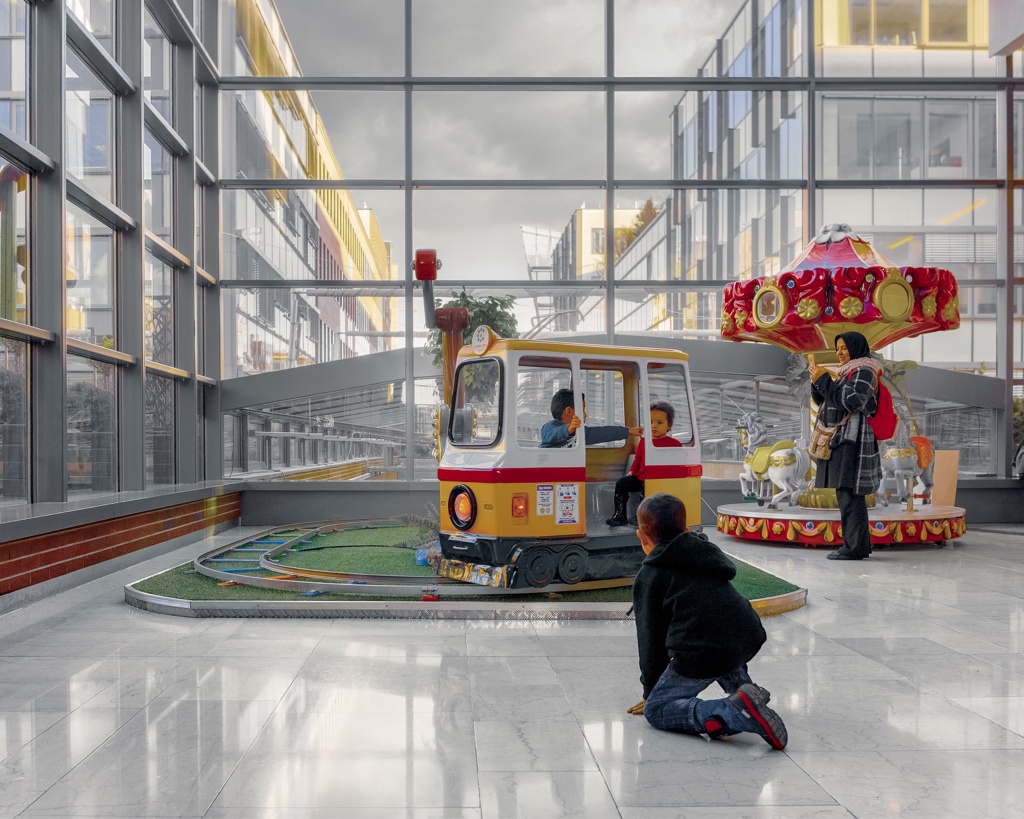 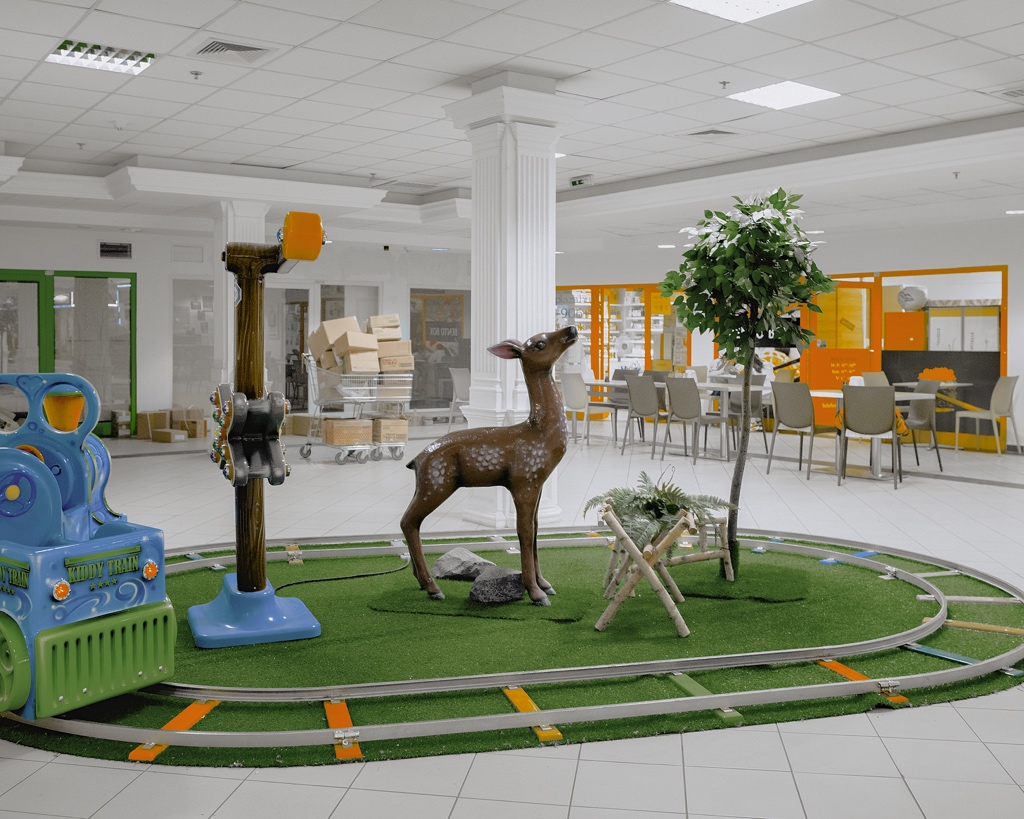 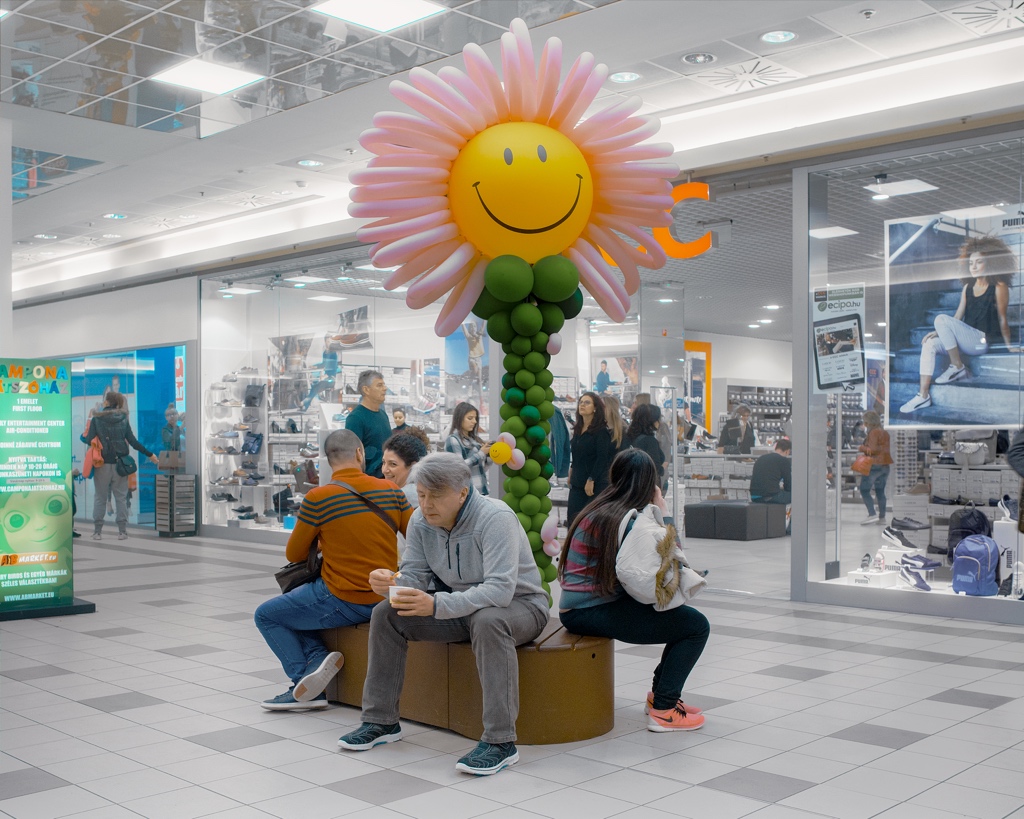