One recurring topic in Alida Kovács’ work is the question of space, scale, perspective, and viewpoints, principally in landscapes. Her series, The variability of the context (2012), realized in Transylvania, focuses on how a change of scale alters our interpretation of a scene and changes its meaning. The setting depicts a derelict holiday camp, its worn-out playgrounds, and surroundings. To concentrate on the question of scale, the photographer uses tennis balls, which she playfully arranges in surprising compositions and unusual contexts that seem to investigate structural and physical rules of movement. Each photo creates a different system of illusive scale. A woman in a football goal holding handfuls of balls close to her in a position evoking statues of saints, balls in movement flying towards an immobile swing as if in a rush to use it first, balls resting on a concrete ping-pong table that wittily recalls a shrunken tennis court, or laying bright yellow on the soft brown soil of a dry pine forest as mysterious mushrooms. The balls transubstantiate and become elements relating to each other, conglomerating, rolling apart, lining up, competing, and swinging out of balance, as if being conscious of their own existence and acting according to a set of physical rules. Alida Kovács completed her MA degree at MOME in 2007 and is currently preparing her doctoral thesis in Photography. 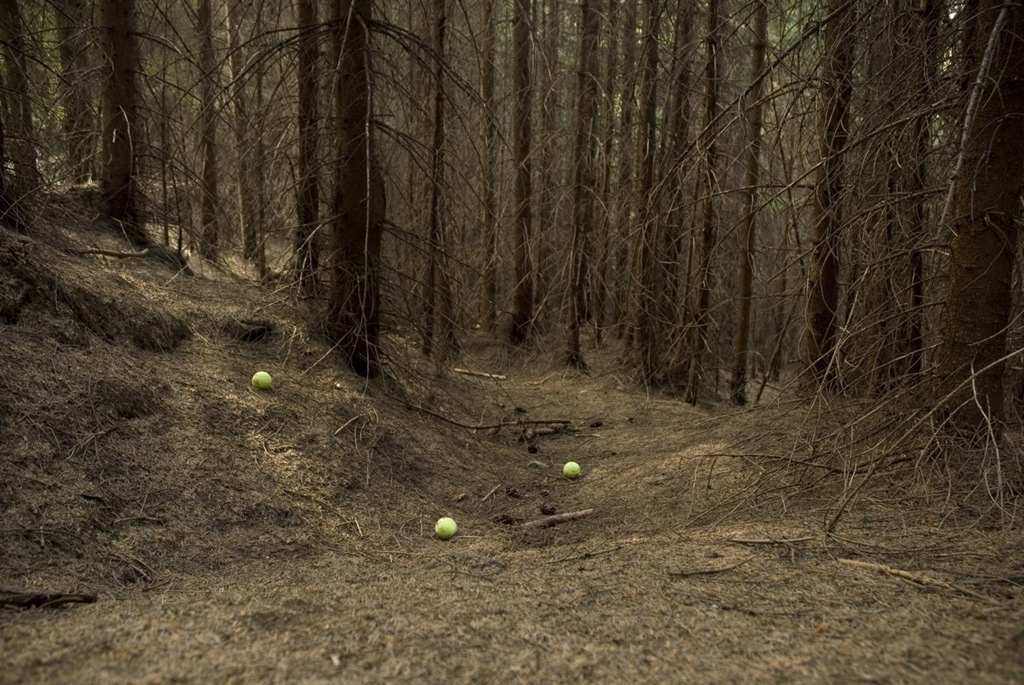 Scale 1, from the series The Variability of the Context, 2012 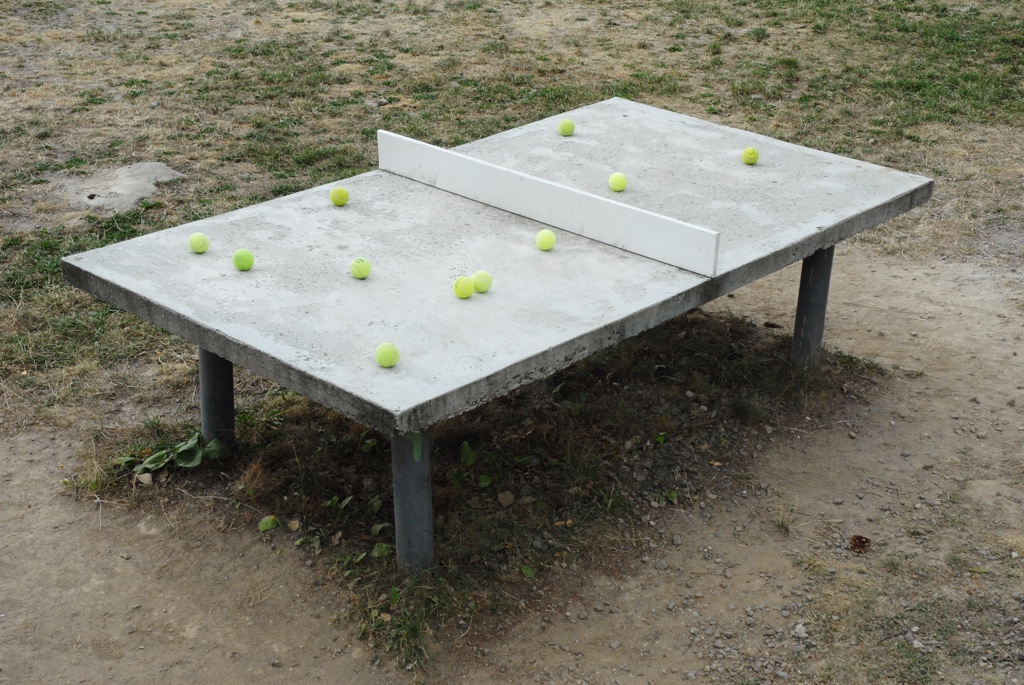 Scale 2, from the series The Variability of the Context, 2012 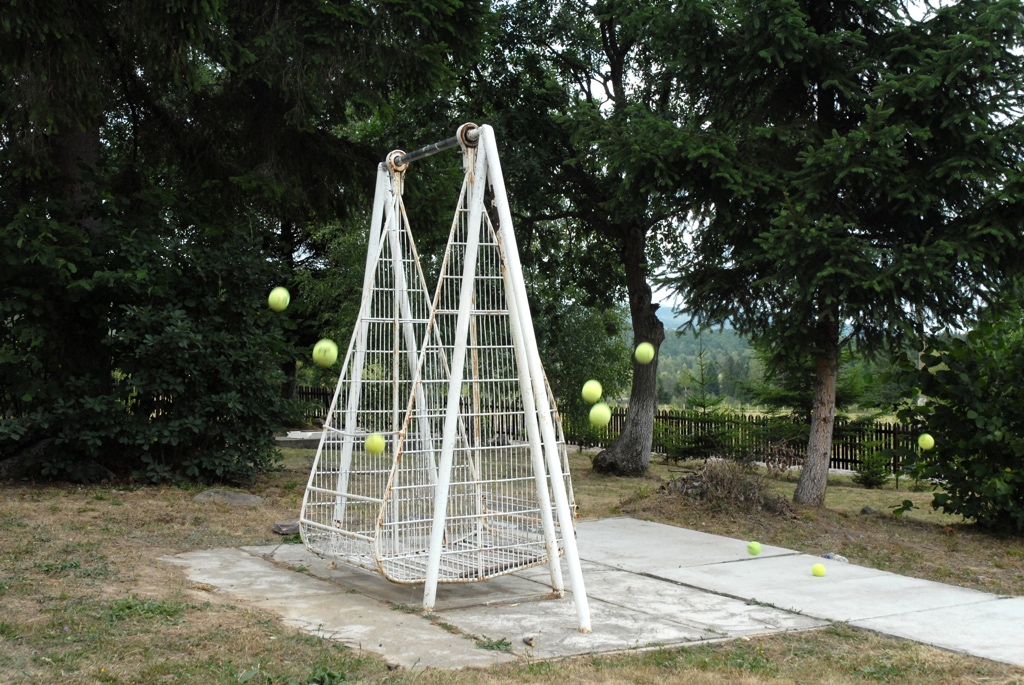 Scale 3, from the series The Variability of the Context, 2012 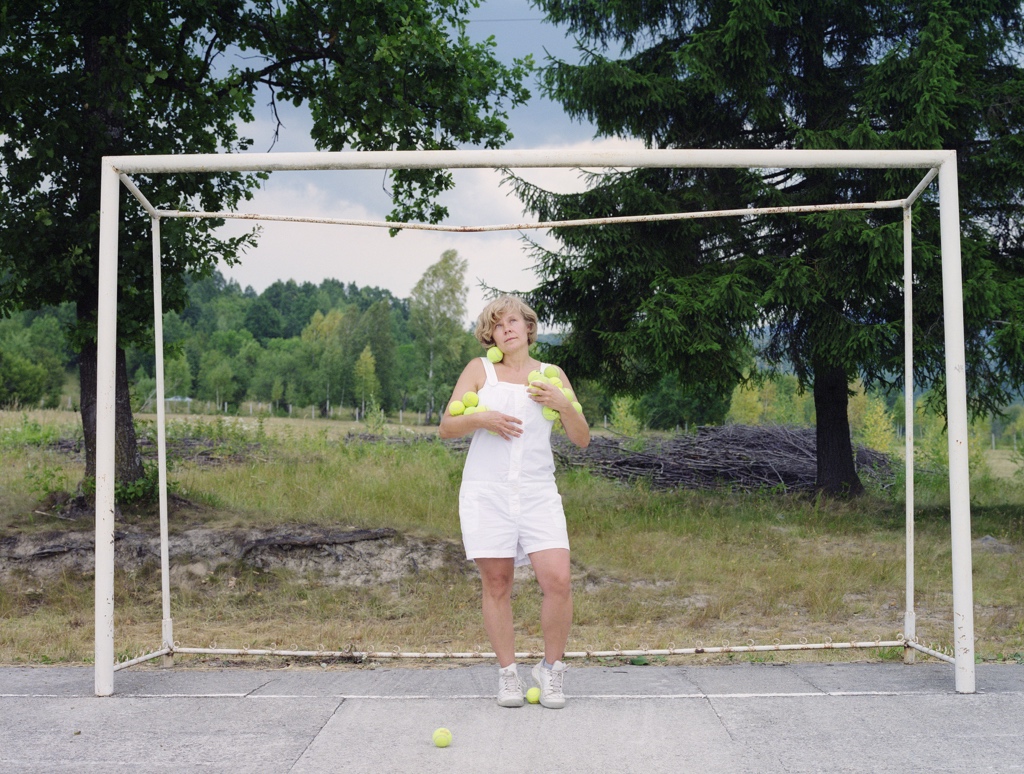 Scale 4, from the series The Variability of the Context, 2012